I hear this all the time beautiful women only want money! Is it different in Ukraine? I know this to be true. What Ukraine women want is love!

I am sure you have heard the stories about online Ukraine dating scams! So here is what I do for you.

So many think it is true about all sexy girls just want the man’s money. I have dated and been with many Ukraine women and not once did a woman show me this.Ya, sure there are Ukraine girls that are only looking for a sugar daddy or a sponsor to provide them with material things. I found this article below about what a lot of western men think about Slavic women. They only want money or a free ticket to your country; once they get a visa she is gone!

I personally had two women come to live with me, and both went back home. Without a visa and without my money.

They were looking for love, and a secure life both wanted to work.Find a job and help with the expenses, Ukraine women want to work not stay at home.The first woman only lasted two weeks The second Women that came to live with me was 35 years old very sexy tall and had a great sense of humor. Some of my friends said she is just here to use you, Rod. I guess because she was so beautiful and sexy! When we would go out, she always looked great makeup high heels very nice. Men would approach her sometimes, and ask her out or buy her a drink. She was so funny the times when this happened.

We were in a casino in Las Vegas, and a man approached her while I was in the restroom. Coming back, I saw him walk away upset shaking his head.

I said, Kris, what did you do to that guy. She said he told her he was staying at the Venetian in a big suite very expensive.Trying to empress me haha! I told him oh you are so rich take me to your expensive room and have sex with me!( very sarcastically) I knew I could always trust her like most Ukraine women they are very loyal to their men. In this article, you will read about some of the fears men have about dating a Ukraine woman.

If you marry a Russian or Ukrainian woman, beware you will get ripped off!

It is well known, come on, who can doubt for a second that Russian women are all crooks in sometimes Russian women are after your money, your wallet, or even worse they want to marry you to get a visa to leave their miserable countries. There are still naive men who can get caught but not you! You are well informed on the issue. You know all those stories and videos presented by CQMI is nothing but a smokescreen. Behind the Slavic beauty always lies a dishonest woman, who will use you and your money. Let us see the behind of the scene altogether in this nice article a little bit ironic and humorous, you’ll understand.

Russian or Ukrainian woman wants to leave their respective country

At first sight, the reasoning seems fully justified. If you listen to the media in North America, you’ll rarely hear the good of Russia or Eastern Europe. There is just disasters, misery, and other dictatorships madness. It is well known, when we compare ourselves we feel better.

So the Russian or Ukrainian women want to leave their country, for Canada, the US or Europe to avoid the misery of their country. Have you ever personally traveled to these countries to check by yourself? Is the situation really so bad?

Cities such as St. Petersburg, Moscow, Novosibirsk (a city where I went to university) are rapidly growing cities. They are all richer than the richest megacities in Canada. Montreal compared to St. Petersburg or Moscow makes a figure of a small town …

Of course you will say that the situation is not famous in small provincial towns and you are right, but in this case, why go abroad? Why not just go to a big city in Russia or Ukraine? It is much easier, no need to learn another language.

And the war will you tell me? ah yes, the famous war between Russia and Ukraine. The area is closed, and it concerns only two regions of Ukraine and do you think a girl whose family is caught in a conflict will dream to flee her family and leave her brothers, parents in conflict army to bask in the Miami sun by a pool? I will always remember my interview with Katia who fled the city of Donetsk and left her family because her mother ordered her to make her studies in Kiev. She cries, is languishing and hope to return close to her family.

Shame on those who put in the head of the girls these miserable thoughts that belong to them.

It is very fashionable to accuse Russian women and if possible, all without exception, it’s easier that way, to rip you off your money. The blame on some rogue international dating agencies whose owners are mostly American, European, Greek and Arabic. These dishonest people use the beauty of the Slavic women to make bait and entice naive men looking for love or sex. The pitfalls can take varied forms. Forged letters, appointments monetized, profiles that do not exist. The Russian woman is used as a bait. After all, if you are done you have it’s not his fault? She served as bait. After all, when the fish gets caught by a hook to which is hooked an earthworm, it is the fault of the earthworm or not? Until then we all agree. All Russian women to the pillory! Read full article!

As you have just read many Ukraine women are getting a bad reputation from the online dating sites that use western men and also use the unsuspecting Ukraine girl.

(Cost Of Online Dating) I am trying to help the lonely Ukraine women and girls. They are very kind and loving women. Come with me to Ukraine and meet the woman of your dreams. Date Ukraine Women

If you have a comment or question feel free to write me. We can set up a conversation on skype or the phone. 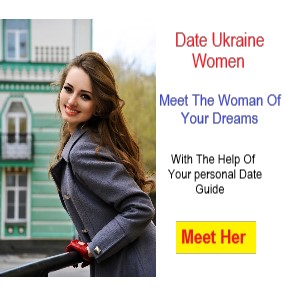